The standard templates contain links to examples of photos that the performer needs to provide. But you can display a sample image directly in the task.

The easiest way to do this is to use the standard Toloka component described in the Image section. 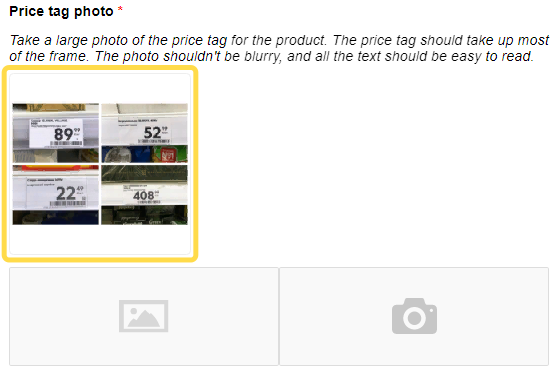 For your convenience, here is ready-made code for the “Photos of product and price tag” template with an image added to the first response button. Use it to check your own code. You can find our additions to the code by searching for the word “customization”.

At the end of the CSS code block, paste the styles for images: